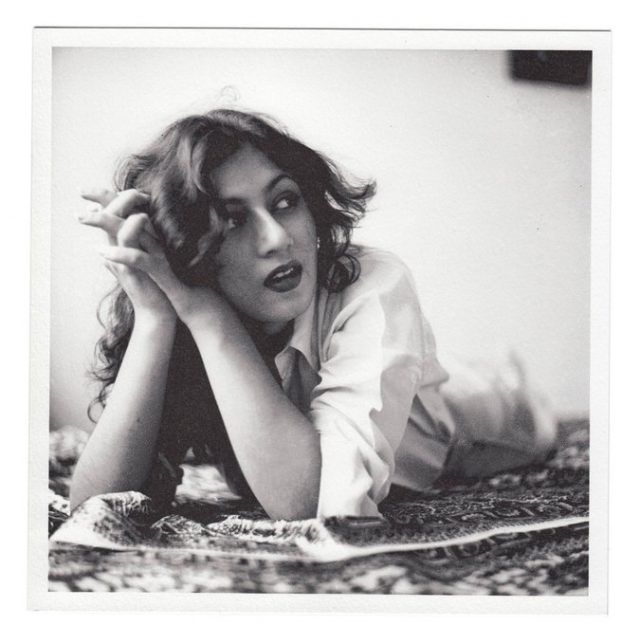 It was probably the first ghost story in Indian cinema. A bewildered young man in a mansion chasing glimpses of an ethereal, veiled beauty. The movie, “Mahal,” was a huge success, making the lead actress, Madhubala, who was barely 16, a superstar overnight.

Nearly seven decades later, strains of the film’s signature song, “Aayega aane wala” (He will come), are instantly recognizable to most Indians, evoking the suspenseful tale of lost love and reincarnation.

Madhubala’s tragic turn in the film as an enigmatic young woman in search of love seemed to foreshadow her own glittering but short life. She died 20 years later as an icon of beauty and tragedy — her dazzling career, unhappy love life and fatal illness more dramatic than any movie she starred in.

Asked once to describe herself, Madhubala said she was so young when she entered the “maze” of the film industry — she made her debut at 9 — that she had lost herself.

“When you have forgotten yourself, what can you tell people about yourself?” she once said.

Besotted poets called her “a living Taj Mahal,” but Madhubala’s radiant beauty was not cold or forbidding. Her dreamy eyes, vivacious smile and mischievous laughter gave her a girl-next-door appeal.

She has been compared to Marilyn Monroe: the smoldering looks, the short career, the tragic end. “There was a remarkable similarity in the soft vulnerability of their faces,” writes Khatija Akbar in her biography of Madhubala. “The same abandon to their laughter, head thrown back, that same incandescent glow.”

Starting in the late 1940s — in a newly independent India finding its place in the world — Madhubala often portrayed modern young women testing the limits of traditions. Her roles “embodied the optimism of a new generation which was rather consciously moving away from its colonial past,” write Nupur Sharma and Inam Abidi Amrohvi, independent journalists researching Hindi cinema.

Unlike other actresses of her time, she wasn’t typecast. Her natural, understated acting style brought her equal success in serious social dramas like “Amar” (Eternal) and in lighthearted comedies and period pieces.

Younger Indians may not have seen all her films, but in Bollywood, an industry that churns out musicals, Madhubala is associated with dozens of iconic songs: a flirty number in “Howrah Bridge” (1958), a folk song in “Phagun” and an ode to love in “Barsaat Ki Raat” (A Rainy Night, 1960). Though like most Indian actors, she was only lip-syncing.

Madhubala’s movies were also hits abroad, even in faraway places like Greece. Theater Arts, a New York magazine published from 1916 to 1964, called her “the biggest star in the world.” Life sent a photographer to profile her.

Frank Capra Jr., visiting Bombay for a film festival in 1952, was said to have offered her a job in Hollywood. But Madhubala’s father, who controlled her career, forbade it.

Despite her success and the breadth of her work, Madhubala’s acting skills were still underappreciated. She never won any awards, even for her biggest hits.

“Everyone went on about how beautiful she was, but she really held her own against some acclaimed actors,” said Tejaswini Ganti, an associate professor of anthropology at New York University who studies Bollywood.

Madhubala (Muh-DHOO-baa-laa) was born Mumtaz Begum on Feb. 14, 1933, in Delhi to a poor Pashtun family. Her father moved the family to Bombay, where they lived in a shantytown that happened to be near the Bombay Talkies film studio. Mumtaz caught the eye of the studio’s co-founder, Devika Rani, who later gave her the name Madhubala, or honeybelle.

Madhubala was soon known for her fastidious work ethic — on set at 6 a.m., no matter what. She took on as many films as possible, to support her family. She had already appeared in 17 films by the time she starred in “Mahal” (Mansion), one of nine movies she made in 1949.

She was born with a ventricular septal defect, a hole in her heart, diagnosed after she began working. There was no treatment for her condition, and she continued her punishing pace, completing more than 70 films in her short career. She told a friend: “No sooner had I learned what I was doing, God said, ‘Enough.’ ”

Madhubala was uninhibited for an Indian actress of that time. She was playful and flirtatious, and made news for her dalliances. “Tarana” (Anthem, 1951) paired her with the star Dilip Kumar, who played a doctor who fell for Madhubala’s feisty village girl. She was immediately smitten with Kumar, 10 years her senior, and reportedly sent him a rose, the beginning of a long romance.

The two were the talk of film magazines, and fans loved their pairing. “She lived a far more liberal lifestyle than most Indian women, with romance itself an act of subversion in a conservative society,” Sharma said.

Kumar recommended Madhubala as his co-star for “Mughal-e-Azam” (“The Great Mughal”), based on the legend of a romance between the Mughal prince Salim and a dancer, Anarkali.

The director was K. Asif, whose painstaking vision made it the most expensive Indian movie of its time, and for years, the most successful.

One of its most memorable sequences, the only one originally filmed in color, is a dance in a hall of mirrors, faithfully recreated from a Mughal palace. A defiant Anarkali declares her love before the disapproving Emperor Akbar with a daring refrain: “I have only fallen in love, I have nothing to fear.”

They had been eager to marry, but Madhubala’s father had set conditions, including that they star in movies he would produce. Kumar demanded that she choose between him and her father. She chose her family. An ugly lawsuit over another movie hastened their breakup.

“The romance that wasn’t realized was the big story of her life, which added to her legend,” Ganti said.

Once, asked her thoughts on love, Madhubala said: “No peace or happiness is possible in life without true love.”

In 1960, the year “Mughal-e-Azam” was finally released, she married her frequent co-star Kishore Kumar, a talented singer. While their pairing in a string of comedies was cinema gold, offscreen the two were quickly estranged.

Madhubala made a few more hit movies, but her health deteriorated rapidly, and she spent her last years at home, out of the public eye. In her final days, according to her sister, Madhubala would say: “I want to live. Please God, let me live.” She died on Feb. 23, 1969, nine days after her 36th birthday.

Report Shows Need For Urgent Reparations For The Black Population