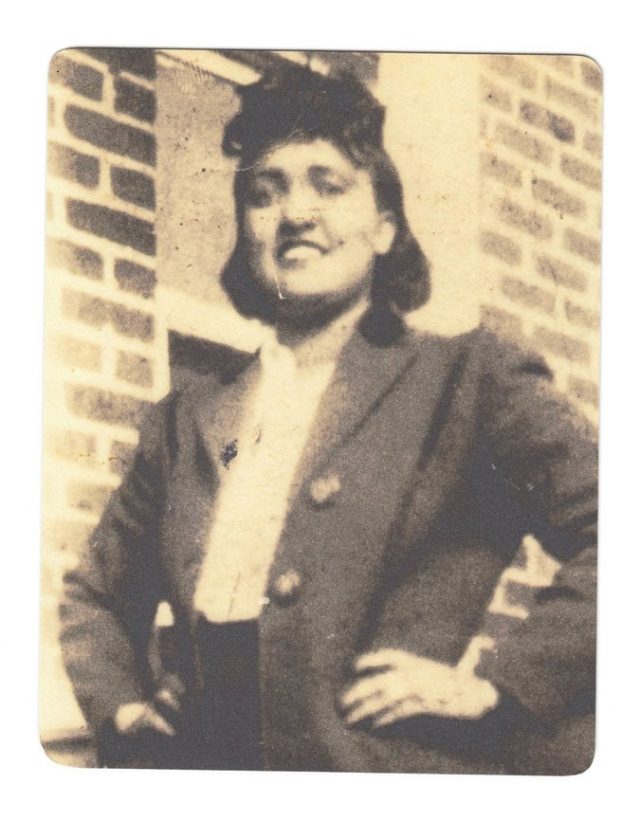 Cancer cells were taken from her body without
permission. They led to a medical revolution.

She never traveled farther than Baltimore from her family home in southern Virginia, but her cells have traveled around the earth and far above it, too.

She was buried in an unmarked grave, but the trillions of those cells — generated from a tiny patch taken from her body — are labeled in university labs and biotechnology companies across the world, where they continue to spawn and to play the critical role in a 67-year parade of medical advances.

Henrietta Lacks was the great-great-granddaughter of a slave and was herself a tobacco farmer whose family remained poor, with some members not having health insurance despite her cells leading to a medical revolution. Her endlessly renewable cells were harvested from her cervix just months before she died and without compensation or consent, before being bought, sold and shipped many times over. There are thousands of patents involving her cells. Millions of dollars in profits have been made.

Lacks left behind five young children and an unparalleled medical legacy when she died on Oct. 4, 1951, at Johns Hopkins Hospital in Baltimore from an aggressive cervical cancer at 31.

While she was sick, a Hopkins doctor appeared on a TV science program. “Now let me show you a bottle in which we have grown massive quantities of cancer cells,” said the doctor, George Gey, as he held up her cells. “It is quite possible that from such fundamental studies such as these that we will be able to learn a way by which cancer can be completely wiped out.

There was no mention of Lacks on TV and there was not a single obituary for her. After she died, a lab technician was in an autopsy room, taking more of the precious cells from her body. In Lacks’s medical records, a doctor wrote of small white tumors covering some organs: “It looked as if the inside of her body was studded with pearls.”

Though she was forgotten at the time, part of her remained alive, at the forefront of science. While a cure for cancer remains elusive, the cell line named for her, HeLa (pronounced hee-lah), has been at the core of treatments for hemophilia, herpes, influenza, leukemia, and Parkinson’s disease as well as the polio vaccine, the cancer drug tamoxifen, chemotherapy, gene mapping, and in vitro fertilization.

Born Loretta Pleasant in 1920 and later called Henrietta, she was the ninth of 10 children. When she was 4, her mother died and her father sent her to Clover, Va., where his family still worked the tobacco fields.

Henrietta was taken in by her grandfather, Tommy Lacks, the son of a white plantation owner and a former slave. The original plantation had been divided between black and white Lackses by a judge after one of Tommy’s brothers sued to take some of the land left to black heirs. Tommy was already taking care of another grandchild. The boy, David, known as Day, would share a bedroom with Henrietta in their grandfather’s cabin, a former slave quarters.

With Day and her other cousins, Henrietta would rise before dawn to tend to animals and a garden before spending much of the day crouched among the tobacco. The constant demands meant that most of the children didn’t finish their educations; she made it as far as the sixth grade.

At 14, she and Day had their first child, a son named Lawrence. A daughter, Lucile Elsie, joined them four years later. Henrietta and Day married on April 10, 1941, when she was 20 and he was 25. The newlyweds continued to toil, struggling to survive on their small farm.

By the time Japan bombed Pearl Harbor eight months later, a few of their cousins had already left to work for Bethlehem Steel in Baltimore. Day would soon follow and once he had saved enough for a house and three train tickets, Henrietta came.

She arrived in Maryland at the age of 21 in the midst of the Great Migration, when more than six million African-Americans moved from the rural South to cities in the Northeast, Midwest and West beginning in 1915 and lasting into the 1970s.

After nine years, she found herself at Johns Hopkins Hospital in January 1951, where she had given birth to her fifth child only a few months earlier. She told the receptionist at the gynecology clinic: “I got a knot on my womb.”

A hard mass was found in her cervix and, as usual, a small piece of the cancerous tissue was cut off and taken to Gey’s pathology lab for a diagnosis. Unlike most cancer cells, which died within a few days, a cluster of Lacks’s cells not only survived, but thrived, doubling within 24 hours and never stopping. Gey later told others that the cells were taken from a woman named “Helen Lane,” relegating Lacks to obscurity. Ten months after coming in, she died.

But the rapid reproduction of HeLa cells continued, inexplicably becoming the only human cells to grow outside the body. Scientists used them to gain insight into viruses. Cosmetics companies, pharmaceutical firms and the military did tests on them. And Scientific American published an article informing readers how to grow HeLa cells at home. HeLa is the most prolific and widely used human cell line in biology.

The Lacks family did not know that her cells were alive, and all the while no one knew that her mighty cells were accidentally contaminating other cell lines. HeLa traveled through the air, floating on dust particles, or on hands or pipettes, muscling into secure locations and onto airplanes, ruining years of research around the globe, while causing millions of dollars in damage.

After Gey died of pancreatic cancer in 1970, his colleagues published a medical journal article with Lacks’s name in 1971, 20 years after her death. Three weeks later, President Nixon announced a “war on cancer.”

The Lacks family found out about HeLa one night in 1973 when one of Lacks’s daughters-in-law had dinner with a friend, whose husband happened to be a cancer researcher who recognized the Lacks name. He told her that he was working with cells from a woman named Henrietta Lacks and asked if she had died of cervical cancer. As recounted in Rebecca Skloot’s “The Immortal Life of Henrietta Lacks,” she rushed home and told Lacks’s son Lawrence, “Part of your mother, it’s alive!”

In 2001, 50 years after Lacks died, her daughter Deborah visited Johns Hopkins Hospital and closed her eyes as a cancer researcher opened the door of his floor-to-ceiling freezer. Deborah then opened her eyes slowly, and stared at vials of red liquid. “Oh, God,” she gasped, “I can’t believe all this is my mother.” When he handed her one, she said, “She’s cold,” and blew on the tube to warm it. “You’re famous,” she whispered to the cells.

Clover, Va., and Baltimore are separated by about 250 miles. The distance that mankind and science traveled, because Lacks made that short journey, is immeasurable. No dead woman has done more for humanity.