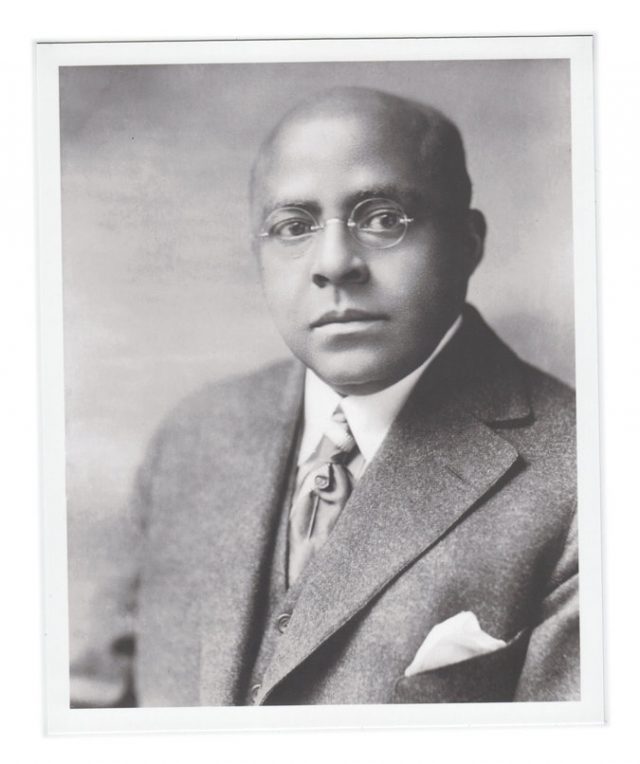 A real estate magnate who turned Harlem into a black mecca.

“Human hives, honeycombed with little rooms thick with human beings,” is how a white journalist and co-founder of the N.A.A.C.P., Mary White Ovington, described the filthy tenements that black New Yorkers were relegated to at the turn of the 20th century.

As more rural Southerners arrived in the city, the teeming Manhattan slums in which African-Americans were living had become the most densely populated streets in the city, nearly 5,000 people per block, according to one count, as landlords rented almost exclusively to white tenants.

They filled the housing stock that no one else wanted, including several blocks in Midtown that would soon be demolished to build Penn Station and its train tunnels.

At the same time, construction had started on a subway line from Lower Manhattan to 145th Street in Harlem, a neighborhood where an enterprising black businessman named Philip A. Payton Jr. would send the same slum dwellers, saving them from places where they faced discrimination and police brutality.

The circumstances were dire, as noted by Jacob Riis, the chronicler of urban poverty. He wrote in 1900 in “A Ten Years’ War: An Account of the Battle with the Slum in New York” that “perpetual eviction is their destiny.”

In the years that followed, Payton steered black New Yorkers to the area the subway opened up. Harlem was white and home to wide boulevards, brownstones and rowhouses. It would become the nexus of a community whose cultural output helped shape 20th-century America.

Little in Payton’s early life pointed toward a career as a real estate mogul. Born on Feb. 27, 1876, in Westfield, Mass., he dropped out of college and went to work in his father’s barber shop, along with his two brothers. They did so over the objections of their mother, a hairdresser, who argued that “it would make lazy men of them,” as Philip Payton told the author and educator Booker T. Washington for his 1907 book, “The Negro in Business.”

“My father would invariably reply, ‘Never mind, I’m going to teach them the trade,’ ” Payton went on. “ ‘The knowledge of it won’t be a burden to carry, and when they become men they won’t be compelled to follow it, if they have sense enough to do anything else.’ ”

While Payton’s two brothers graduated from Yale and their sister earned a college degree at what would become Westfield State University, his ambitions took him in 1899 to New York City, where he worked as a barber before getting a job as a janitor in a Manhattan real estate office.

Shortly after he married, Payton opened a Midtown real estate office with a partner in the fall of 1900. When the business flopped after a few months, he struck out on his own, sustained by the sewing work of his wife, Maggie. The couple moved to Harlem, where there was a high vacancy rate in the many new brownstone buildings. White landlords found an answer to their financial woes in black tenants.

“My first opportunity came as a result of a dispute between two landlords in West 134th Street,” he recalled in an interview with The New York Age, a black newspaper. “To ‘get even’ one of them turned his house over to me to fill with colored tenants. I was successful in renting and managing this house, after a time I was able to induce other landlords to … give me their houses to manage.” The landlord believed that having a building filled with black residents would complicate his rival’s leasing efforts.

As more black citizens arrived, white ones fled, depressing property values and creating more opportunities. Soon Payton became a building owner himself. And by 1904, the year the subway reached Harlem, he incorporated the Afro-American Realty Company to help remake Harlem as a home for black citizens who faced discrimination in housing.

He told black investors: “Today is the time to buy, if you want to be numbered among those of the race who are doing something toward trying to solve the so-called ‘Race Problem.’ ” The company’s brochure stated that “race prejudice is a luxury, and, like all other luxuries, can be made very expensive in New York City. The very prejudice which has heretofore worked against us can be turned and used to our profit.”

At its zenith, Afro-American Realty was leasing or mortgaging about two dozen buildings, turning Harlem into a magnet for black families throughout the city and the rural South, and even recent immigrants from the Caribbean. But the company promised 10 percent profit to its investors and was unable to deliver so much so soon. A few dozen stockholders successfully sued in 1906, and while Payton was still able to pay his first dividend the next year, he shut down in 1908.

Payton found success in his third act, the Philip A. Payton Jr. Company. He closed his biggest deal in July 1917, buying six apartment houses worth more than $1 million. But he died a month later, of liver cancer, at his summer home in Allenhurst, N.J.

Even in recent decades, Philip Payton has been remembered as the “father of Harlem.” Before he arrived, most of its black residents were servants in wealthy white households. His own ambition, along with racism in the housing market and a glut of unsold homes in Harlem, pushed three-quarters of New York City’s black population there by the end of his life, including those who would usher in the Harlem Renaissance in the 1920s.

“All my friends discouraged me,” he later remembered. “All of them told me how I couldn’t make it. They tried to convince me that there was no show for a colored man in such a business in New York.”

Blacks in Wall Street and Beyond MARIANNE SPRAGGINS

How Nike profits from African-American cool