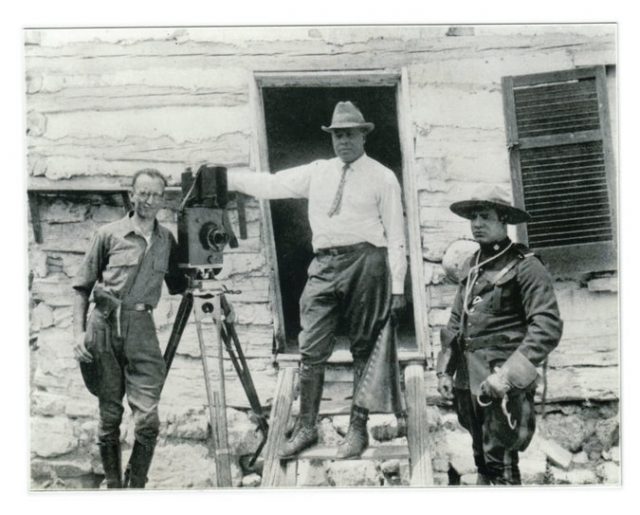 Almost as soon as you settle in to watch the 1939 melodrama “Lying Lips,” you can figure out who is the victim, who is the villain and who is the hero. And even if you know how it all will end, you want to watch anyway.

That was the beauty of the filmmaker Oscar Micheaux. He made you want to soak up the exuberance he clearly felt in delivering a whole new way of telling stories.

The 40 or so films that Micheaux wrote, directed and produced from 1919 to 1948 carry with them the added excitement of black characters doing things that at the time seemed unthinkable onscreen. Women could be damsels in distress, intelligent enough to plot and scheme, and were able to recreate the feel of a black-and-tan show on black-and-white film. Men were rugged and sometimes flawed but rarely surrendered their masculinity for comedic effect.

The performances were rollicking good, and they concealed the fact that Micheaux was essentially an outsider artist as filmmaker, prefiguring today’s independent black producer-directors like Spike Lee and Tyler Perry. He was a gifted visionary, with an eye for talent, evinced by decisions like casting the dazzling stage actor Paul Robeson in his first role on the big screen. His films depicted the basic humanity of black characters wrestling with issues like racial ambiguity, while at the same time countering the racist tropes in works like D. W. Griffith’s “The Birth of a Nation” (1915).

Micheaux’s achievements were even more notable given his background.

Oscar Michaux was born on Jan. 2, 1884, to Calvin and Bell Michaux, both former slaves, in Metropolis, Ill., a town on the Ohio River. (He would later add the “e” to his surname.) He dropped out of high school and secured a job as a Pullman porter assisting railway passengers, a plum position for African-American men of his era. But he wanted more than a comfortable existence.

Micheaux was brimming with ambition; he wanted to heed Booker T. Washington’s call for black economic independence by building his own wealth. So he became a homesteader, securing a plot in Gregory County, S.D., on which to plant the farm that he hoped would sustain himself and his future family. Long before he was a pioneering filmmaker, he was literally a pioneer.

Life on the farm went well at first. Micheaux had a few good harvests, and he eventually felt secure enough to marry. He was joined in 1910 by his new bride, Orlean McCracken, a sister, Olive, and a grandmother, Louisa Gough, a former slave. But things went sour. The financial strain of expanding his farmland coincided with marital tensions that erupted after his wife delivered a stillborn son. She retreated home to Chicago, and the marriage ended. Before they divorced, Orlean died in a horse-trampling accident, technically making Micheaux a widower.

He stanched the loneliness of the frontier by indulging a voracious literary appetite. He read classic works and new fiction, and also wrote to the black newspaper The Chicago Defender urging black people to take advantage of the land grab out West. Soon, he began more ambitious work. He set pen to paper, using his time in South Dakota as the jumping-off point of a thinly veiled memoir called “The Conquest” (1913). He wrote a legal drama called “The Forged Note” (1915) and returned to the frontier in a fictionalized memoir called “The Homesteader” (1917).

The memoirs detail the settlement of South Dakota towns by homesteaders and chronicles the life of the sole black settler, who becomes enamored of a white neighbor. In “The Homesteader,” the protagonist realizes that his forbidden love appears to be white but — spoiler alert! — is in fact a fair-skinned black woman, allowing for a happy ending after a thorough examination of themes of racial allegiance and obligation.

The book was popular enough to gain notice from the black-owned Lincoln film studio, which sought to buy the movie rights. But Micheaux scraped together enough investment to produce the film himself. “The Homesteader” was released 100 years ago. It was “not exactly a Western, not merely a love story, but a fundamentally serious, truthful drama about one black man’s troubles, addressing issues that were both singular to Micheaux and general to the race,” a biographer, Patrick McGilligan, wrote in “Oscar Micheaux: The Great and Only.” “The audience was electrified.”

“The Homesteader” opened to rave reviews, but coverage of it — and of Micheaux — was largely relegated to media outlets that served the target audience of the film. Those reviews are all that remains of the movie; the actual film has been lost.

Micheaux released a slew of movies that mixed race, romance and action — and were full of dramatic flourishes. “Within Our Gates” (1920) features a racist who repents when he realizes that the woman he is about to rape is his illegitimate black daughter, while “Body and Soul” (1925), the first Paul Robeson film, portrays a corrupt clergyman.

The films were also provocative. Black audiences were sometimes upset over the depiction of the black lower class. Whites did not like depictions of racist villainy. And censors feared the material could spark racial unrest.

Micheaux was undaunted. He opened offices in Chicago and Harlem, where he eventually settled. He remarried, to Alice Russell, who later appeared in some of his films. Her family home in Montclair, N.J., sometimes doubled as a film set.

His movies were shot on a shoestring budget and sometimes looked it. But his output as a filmmaker was groundbreaking.

“I really think he was one of the great filmmakers of the silent era,” said Charles Musser, a professor at Yale who teaches film history. “Each of his films has a wealth of intertextual references that people of the time could have, should have, perhaps, may have, often probably didn’t take them in and appreciate it, which gives his films another level of meaning and impact.”

Micheaux made the transition from silent films to talkies, but not the transition from the rough-hewn production aesthetic of the early film days to the sleek productions that were beginning to define the movie industry. He faced stiff competition from Hollywood studios, which discovered that famous black entertainers could boost interest in otherwise white films.

Well-funded works like “Imitation of Life” (1934) borrowed heavily from the themes that Micheaux had mined for years, and others featured black actors as caricatures. By then, Micheaux’s management of his production company — run briefly with his brother Swan before they had a rift — was a constant financial high-wire act that finally came crashing down.

In his twilight years, Micheaux turned his focus to publishing his own novels, some of them top sellers. He returned to film for one last hurrah in 1948 with “The Betrayal.” It was the first film starring black actors to debut in a Broadway theater and was the only one reviewed by The Times. It was panned, and The Times was not alone in savaging it.

“I have always tried to make my photoplays present the truth, to lay before the race a cross-section of its own life, to view the colored heart from close range,” several sources quote him as saying in an open letter to black newspapers in 1924. “It is only by presenting those portions of the race portrayed in my pictures, in the light and background of their true state, that we can raise our people to greater heights.”

He was eventually given recognition for doing so, with a Directors Guild special award in 1986, more than three decades after his death.

The Surprise and Welcome Return of The Real McCoy