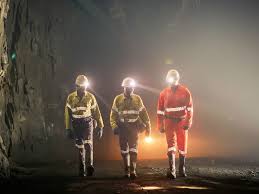 The Writer: Reuters
Date first published: 10 January 2019
Acacia Mining said the Tanzanian government has fined the miner 300 million Tanzanian shillings ($129,143), two days after the government appointed a new mining minister, over allegations of breaching environmental regulations at its North Mara mine.
Acacia said it has been asked verbally to build a new tailings storage facility (TSF), a structure for storing uneconomical ore, but had not yet received any written notice from the government.
“Acacia expects that a new TSF is likely to be an economically viable alternative to further expansions of the existing TSF at the mine,” the company said.
The company’s North Mara mine, where operations remain unaffected, received an Environmental Protection Order (EPO).
Although the National Environment Management Council found discharges of a hazardous substance at the mine, the company said it was unaware of it and was awaiting a detailed report.
Acacia is in the middle of a prolonged spat with the government over a $190 billion tax bill, which has severely limited the London-listed company’s operations in the East African nation.
The Barrick Gold-owned company has been accused of tax evasion by the government, which charged three of its local subsidiaries, an employee and a former staffer for money laundering and tax evasion last year.
Source: SABCNewsOnline.com