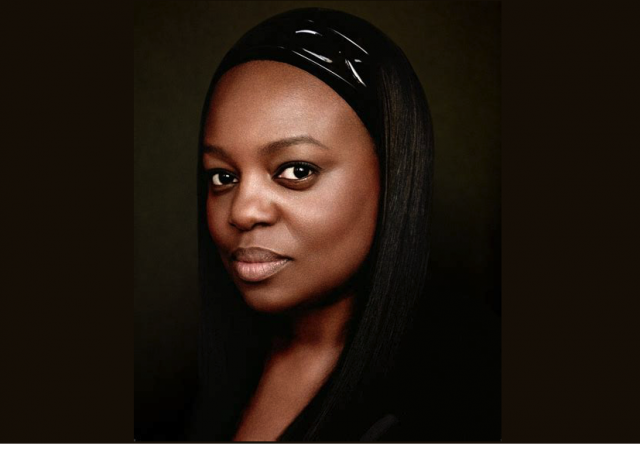 We can now call Pat Mcgrath the billion dollar make up mogul.  But it is always fascinating to know the back story of an entrepreneur – before they hit the big time.  It provides inspiration and is as exciting as any movie blockbuster.  Perhaps her story will be made into a movie – in the genre of “Joy”.  Here we provide an article about Mcgrath written in 2012.  It shows the road was being prepared long before the destination became a household name.
Article by BIBBY SOWRAY, Vogue Magazine
First published: Friday 27 January 2012
Pat McGrath is a British make-up artist and the creative design director of Procter & Gamble beauty.
Born in 1970, she was raised in Northampton, England, by her mother Jean McGrath, a Jamaican immigrant. Despite having no formal training, McGrath has become one of the most influential and respected make-up artists in the fashion industry, regularly directing the make-up for catwalk shows, advertising campaigns and editorial shoots for the world’s biggest fashion houses and publications.
McGrath has attributed her creativity to her mother, a devoted Jehovah’s Witness who was a keen follower of fashion and would quiz the young Pat on the different shades of eye shadow. “She trained me, basically, to do the shows, right there… look at the pattern, check the fabrics, look for the make-up – and begin,” she told Sarah Mower in Vogue in 2007. “She was always mixing up colours because there wasn’t anything out there for black skin,” added McGrath in an interview with TIME magazine in 2003. She has described her upbringing as “very religious, very conservative” and has spoken of her teenage fascination with the Blitz Kids – Boy George, Marilyn, Spandau Ballet – all of whom were famed for their outré make-up and whom she used to follow around the King’s Road. “We thought we were New Romantics, we’d get changed on the train and try to get into all those clubs,” she told the Guardian in 2008.
After leaving school, McGrath completed an art foundation course at Northampton College. She had planned to undertake a fashion degree but abandoned this when she met the stylist Kim Bowen, who invited her along to watch her work on shoots for The Face and i-D. Her big break came when she received a phone call asking her to go on tour in Japan with Caron Wheeler from Soul II Soul, whose make-up she had done one afternoon three years previously as a favour for a friend. “I left my job and went to Japan for three months, scared to death. I cried all the way there because I’d never been on a plane before and I was terrified,” she told the Observer in 2008. This opportunity led to McGrath working with i-D magazine’s fashion director Edward Enninful and, subsequently, being named beauty director for the title – a position which she holds to this day.
She is famed for her unique, adventurous and innovative make-up techniques and often prefers to use her hands as opposed to brushes. “Every designer takes you on a different journey,” she has said. “It’s great when they let you into their fantasy.”
1999, McGrath developed a line of cosmetics for Giorgio Armani.
“I was struck by the way she interpreted colour and by her ideas about beauty and femininity,” Armani later told Vogue. “She never used cosmetics to try to mask a woman.”
During the Nineties she spent ten seasons creating the make-up concepts for Prada and Miu Miu.
In 2004 she was named global cosmetics creative design director for Procter & Gamble, the name behind make-up brands including Max Factor, Dolce & Gabbana, CoverGirl and SK-II.
“Everything goes into fashion,” Pat McGrath once told Vogue. “It isn’t just make-up… it’s film, TV,
history of art, books, clubs. The culture.”
Despite creating the make-up for a plethora of shows and campaigns each season, McGrath remains inspired, telling us in 2008: “I’m influenced a lot by the fabrics I see, the colours that are in the collections and the girl’s faces. It’s always a challenge but that’s the key – to make it different every time.”
In a Vogue article in 2007 she was named “The most influential make-up artist in the world”, and has worked with celebrities as diverse as Madonna, Sarah Jessica Parker, Cate Blanchett and Oprah Winfrey.
She regularly collaborates on major fashion advertising campaigns such as Louis Vuitton, Prada, Lanvin, Calvin Klein and Balenciaga, and her editorial work includes regular shoots
with Vogue Italia and American Vogue.
In 2018, Mcgraths products can be found in major outlets, both online and offline including Sephora stores and Net-a-porter. Her business Pat Mcgraths products is worth a billion dollars.