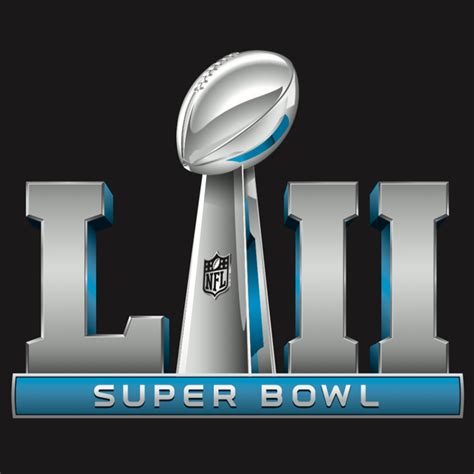 NFL takes aim at $25 billion, but at what price?
by Brent Schrotenboer, USA TODAY Sports First Published Jan. 30, 2014Updated and Analysed by Black Economics Feb. 4, 2018
NFL Commissioner Roger Goodell says NFL wants to grow from $10 billlion to $25 billion by 2027.  For the NFL to reach its revenue goal by 2027, fans, broadcasters and sponsors will have to pay more and more.
League revenue comes from four major sources: media rights, sponsors, attendance and merchandising.
One risk for the NFL is whether its financial goals might price regular fans out of games. Though the players are nearly 70% blacks, the audience at NFL games are under 5%. The majority of black US citizens cannot afford the tickets.  But this may change as the middle classes get richer.
Sunday’s Super Bowl (4 Feb 2018) will certainly be the most popular and expensive television program in U.S. history – about 110 million viewers watching a football game that commands nearly $5 million for a 30-second commercial.
Tickets at the 50-yard line cost about $20,000. A 20-ounce cup of Bud Light will cost $14.
“Nothing is really sacred anymore,” said John Vrooman, a sports economics professor at Vanderbilt University.
***
How the value of the NFL benefits black players

To keep revenue growing, the NFL needs stadiums that are big moneymakers, such as AT&T Stadium, home of the Dallas Cowboys, where suites cost up to $500,000 per year and fans pay more than $80 for seats in the upper deck end zone. Levi’s Stadium, the new $1.3 billion home of the San Francisco 49ers, opens later this year and will host the Super Bowl in 2016. Later that year, the Minnesota Vikings will open their new stadium.
The risk for the NFL is that it might price out everyday, jersey-wearing fans, who might decide they’d rather watch games on high-definition TV anyway. Attendance accounts for only about about 25 percent of NFL revenue, and at times there have been signs of sagging demand. Three of the NFL’s four first-round playoff games this year struggled to sell out. Will fans keep going to games if the price keeps rising and the view is better on TV?
“That is a big concern,” Rolapp said. “It will always be an important part of the revenue …We still believe it’s still the best place to experience NFL football. I think it will be for some time, but we have to keep innovating so it remains that.”
More weeknight games, anyone? The NFL has been shopping a Thursday night package to TV networks and could announce a buyer soon with possible simulcasting on the NFL Network, the league’s cable outlet. NFL games once were mass-delivered for television consumption on Sunday afternoons and Monday night.
NBC, for example, pays about $1 billion per year for its package of Sunday night games and playoff games.
More televised content. If there’s demand, create more supply. That’s why the league is considering expanding the playoffs, creating another product to sell to networks eager to capture big live audiences. The NFL also is turning the offseason into a moneymaker by televising the NFL Combine in February and the NFL Draft in the spring, which has expanded from one day to three days, including two nights in prime time.
New markets. The NFL has been priming London as a market, with two sold-out games there last year and three games on tap in 2013. Meanwhile, Los Angeles hasn’t had an NFL team since 1994. Moving existing teams from weak markets into bigger vacant markets might give team owners a better way to increase their shared revenue as opposed to adding more franchises to the 32-team league.
Conversely, Los Angeles has value to the NFL as a bargaining chip – the unstated threat of moving into that big, empty market can help existing franchises wring out taxpayer dollars for stadium upgrades and new construction.
Get ready for NFL teams to make “renewed threats of franchise relocation to leverage public money for private stadiums in the second venue revolution, just like the first (round of stadium upgrades) over the last two decades,” Vrooman said. “Monopoly power over TV rights and franchise location is what provides the real engine for the economic growth of the most powerful sports league in the world.”
Phones, Internet and new media. More consumers get their news and information from their smartphones –a trend the NFL recognized with its recent $250 million annual deal with Verizon to stream games onto phone screens. The NFL also recently made deals with Twitter and Microsoft’s Xbox, giving it new revenue streams in growing interactive and social media.
With more viewers consuming video content online instead of on cable, cable companies and cable channels could see subscription revenue plummet. Those channels – including ESPN and the NFL Network – can try to recoup that revenue through online content, but it might not be as lucrative.
“The established content suppliers – NFL, ESPN – are uneasy and so going very slowly,” said Roger Noll, emeritus economics professor at Stanford. “They see the potential for a huge payoff, but also for a huge bursting of the bubble, and want to keep control until they know where things are likely to go.”
Television. The NFL’s TV rights contracts soon will be worth about $7 billion per year combined, with most of them starting this year and lasting through 2022. What happens in 2023?
“It’s a new day after that,” Rolapp said. “We’ll just have to see. A lot of things we do digitally along the way are a great experiment for us to see what the world will look like. We will be prepared one way or the other to be able to shift to where the consumer is.”
To get to $25 billion, the NFL probably needs about $15-17 billion from networks.
If networks pay it, those costs likely will be passed down to the consumer. ESPN likely would ask for higher rates from advertisers and higher subscriber fees from cable distributors, and even viewers who don’t like football would pay more because cable channels are not offered a la carte.
“Everything else 10 years from now will be worth less relative to what the NFL is going to be worth,” said Nathanson, the stock analyst. “No other sport has that kind of national draw to it.”
As long as the NFL can bring big live audiences, it’ll be hard for the likes of ESPN to avoid paying up, but the growing risk is viewers who could decide to cancel their cable subscriptions and use other devices to watch what they want.
The NFL said it is committed to staying on free television, not just cable, where it has its own network and can reap cable subscription revenue in addition to advertising revenue.
By Brent Schrotenboer on
Source: USA Today
We want the value of the NFL to grow to $50 billion by 2027 – and to take economic progress of the black communities with it right up the scale.  If this does not happen – we have to examine why.   It may be a discussion that the masses do not want to have, because it will raise the spectre of – where exactly does all the money earned by the NFL go to?
Insert by Black Economics
4 Feb 2017