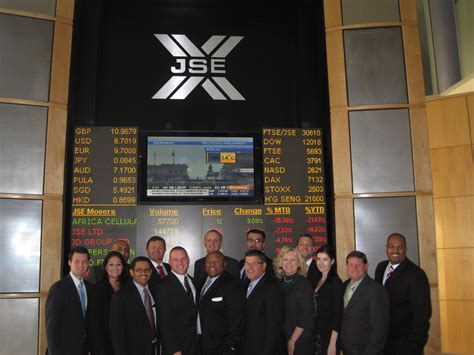 When the president’s estimates of the share of the Johannesburg Stock Exchange (JSE) owned by black people jumped from 3% to 10%, a South African commentator took notice.
“Something rings wrong,” Allan Greenblo, editorial director of retirement publication Today’s Trustee, wrote in biznews.com
In response to the debate on his 2015 State of the Nation Address, President Jacob Zuma claimed that “the black majority still owns only 3% of the Johannesburg Stock Exchange, pointing to the need to move faster to achieve meaningful economic emancipation. We have called for radical economic transformation”.
Two years later, in his 2017 State of the Nation address, Zuma said that “only 10% of the top 100 companies on the Johannesburg Stock Exchange are owned by black South Africans”.
President Zuma attributed both figures to the National Empowerment Fund (NEF), a government mandated fund tasked with facilitating economic equality and transformation in South Africa.
“There must have been a giant leap during a short period, or the NEF’s methodology has changed,” said Greenblo.
It turns out neither scenario is true.

Estimates of black-ownership of the JSE have been controversial and debate about them has eaten up significant inches in both newspapers and online publications.
Let’s start at the beginning. In 2015, the presidency, NEF and the JSE had a kerfuffle over how much of the JSE was black-owned. (Note: In the South African context, “black” includes African, coloured or Indian people as defined by the broad-based black economic empowerment act.)
After Zuma had pegged the number at 3%, the JSE released a contradictory statement, , saying “black South Africans hold at least 23% of the top 100 companies listed on the Johannesburg Stock Exchange”.
Zuma’s then spokesman, Mac Maharaj, defended the 3% figure.  He said it was calculated by the NEF which relied on research conducted by Who Owns Whom, an “independent research organisation producing original research on the African business and economic environment”.
Jaws dropped when the JSE then released another statement saying they agreed with Zuma’s figure: “Insofar as the direct investment that black South Africans hold in listed entities on the JSE, we roughly concur that the holding is 3%. When direct and indirect holdings are included as a value of the top 100 listed entities on the JSE, the figure is 23%.”

How did the JSE calculate 23%?

For a number of years, the JSE released estimates of ownership of the stock exchange’s top 100 companies. Their last figures were released in 2015 and provided information on the breakdown of ownership at the end of 2013.
Media and internal communications manager at the JSE, Pheliswa Mayekiso, told Africa Check that they would not be publishing further black ownership statistics.
The analysis was conducted for the JSE by black economic empowerment advisory group Alternative Prosperity. The company analysed the top 100 companies listed on the stock exchange, using data from the JSE, financial market information providers and a large number of investors.
The research estimated that 10% of the JSE’s top 100 was held directly by black people (“largely through BEE schemes”) and 13% was held indirectly by black people (“mostly through individuals contributing to pension funds, unit trusts and life policies”) in 2013.
Alternative Prosperity did not manage to determine the racial ownership of all the shares in the JSE’s top 100 companies.
“The research process is extremely work-intensive and time-consuming, including the need to go through thousands of ownership records… which are cross tabulated with other documents to obtain certainty about race profiles of investors,” the JSE explained in a 2013 press release.
Source: Africacheck.org
Black Economics Commentary.
So there is an argument over what the real figures are, but 10% or even 23% is too low considering the country is 79% black.  It has to observed that over 85% of corporations are still largely owned by Western countries or China.  “So what’s changed from Colonial Times, or the Apartheid era?” we hear you ask.