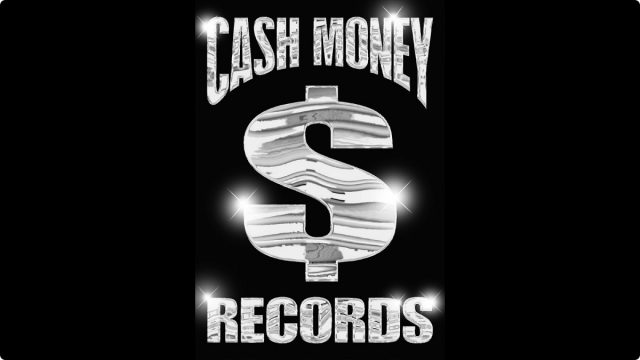 Baby Money: Inside The Early Years Of Birdman’s Cash Money Records
by Shawn Setaro
Cash Money Records was founded in 1991. Bryan Williams told some of his close friends the motivation for starting the label:
“I was hoping it would get us out of the projects and into a positive way of life. And we wanted to help other people get out of this poverty”

Bryan “Birdman” Williams, “Baby” to his close associates, is a regular presence on Forbes lists like our new run down of hip-hop’s wealthiest artists. His exploits as the co-founder of Cash Money Records, and as a rapper, solo and with the Big Tymers, his duo with Mannie Fresh, are well known.
His net worth dipped slightly this year due to the uncertainty around Cash Money, his biggest asset. The conflicts with flagship artist Lil Wayne, of course, are at the core of this – and could have a major impact on the company if he leaves and takes Nicki and Drake with him.
But the situation is all part of a pattern that dates back to the early 1990s. Those early days reveal quite a lot about the positive and negative sides of Cash Money’s business philosophy, which have been there since the beginning.
Back before he led Drake and Nicki to stardom, before the oil companies and the $8 million cars, before even the famous $30 million deal with Universal Records, Williams and his brother Ronald (known to one and all as “Slim”) spent the early 1990s building Cash Money into a New Orleans powerhouse.
The Williams’ father, Johnny, owned several businesses. “He had a few bars,” Baby told me. “He had grocery stores, a washerette. He did a lot of things.” As kids, the brothers used to go to those spots in order to spend time with their busy dad, and their first business lessons began to sink in.
“Growing up watching him run his business, he taught us to be self-employed, to try to do things on your own and be your own boss,” Baby remembered.
It was a lesson the brothers would take to heart. Growing up in their father’s bars, they became huge music fans. An indigenous-to-New-Orleans brand of hip-hop called bounce was gaining traction in the early 1990s, and in 1991 Baby and Slim became determined to, as Baby put it, “start a label and do something different.”
With not much more than some ideas and a hand-drawn (by Baby) logo, the Williams brothers set out recruiting talent.
One of the first people they went after was Mikel “Lil Slim” Pettis, a bounce artist who was already a big draw in area nightclubs.
Pettis told me about his first encounter with Cash Money in 1993, when he was just out of high school. “I met Baby and Slim through a friend of theirs named Ziggler da wiggler. He was actually out recruiting for Cash Money Records, because they were just starting the label up, and I was out performing at nightclubs throughout New Orleans. I ran into Ziggler one night, and he told me about Baby and Slim, so he gave me their card.”
What really impressed Pettis was that, even at that early stage (the label had only released one album, a horrorcore record called The Sleepwalker by fifteen-year-old rapper Robert “Kilo G” Johnson Jr.), the owners of Cash Money had a professional attitude that set them apart from the competition.
“At that time, the bounce revolution in New Orleans was taking off, and there was a few start-up record labels doing their thing,” he recalled. “But Cash Money seemed like the most stable label, and the most serious about doing music of all the labels throughout the city.”
That sense of professionalism also helped Cash Money land perhaps their most valuable asset, in-house producer Mannie Fresh.
“Fresh already was a neighborhood DJ around town,” Baby said. “I just wanted to get him as a producer, but he saw how consistent we was, and we became real close friends. We just let him produce all our music.”
Pettis remembers how, once he signed on with Cash Money, he joined in the recruiting effort as well.
Young Money Entertainment is an American record label founded by rapper Lil Wayne. Young Money’s president is Lil Wayne’s lifelong friend Mack Maine. The label is an imprint of Cash Money Records and is distributed by Republic Records.
Drake, Nicki Minaj, Christina Milian, and Lil Twist and a number of other artists are all signed to Wayne’s label. Mack Maine is also a YME artist, and the label’s president.
Clouding the issue is the fact … Cash Money also has a distribution deal with all of the Young Money artists. Most likely the matter will have to be settled in court, but we’re told Wayne’s intent is clear — he’s not leaving without his crew.
In February 2011, in an interview with HHop 247, Birdman spoke of 100 million dollars as his biggest check so far, being given to him 6 months previously. He spoke of all the money going to the team, like a peice of bread being given out.
In July 2017, Tyga spoke of leaving the record company and having to pay 2 million for the privilege. On leaving he was still owed 12 million dollars. Lil Wayne had also sued Cash Money for 50 million – whcih
On April 12, 2017, Birdman took to Instagram to announce he had accepted a plaque in honor of Cash Money Records selling one billion units.
Birdman and crew have done very well for themselves, and we can only hope that this continues.
We can only hope that people are now getting paid, as the law suit stories have gone quiet. His motivation for starting the business is laudible, and we can say – he succeeded. OK, there have been money issues along the way – but every business has its bad times.
Source: forbes.com