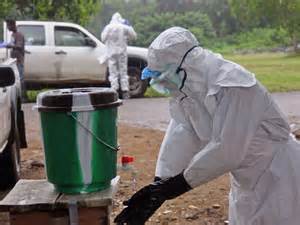 The Economic Consequences of Ebola
While African countries are rolling out measures to stop Ebola from spreading, their double digit Economic Growth has been slowed. Since August 2014, South Africa on has banned travellers from Ebola-stricken countries from entering the country, and on Senegal announced it was closing its border with Guinea as a preventative measure, while Chad said it had closed its border with Nigeria. This ban on travel has meant imports and exports are affected, far beyond the borders of the affected countries. Riots broke out in a slum in Liberia’s capital, Monrovia, as residents desperate for food rations battled police. The World Food Programme (WFP) said that about 1 million people are facing food shortages because of quarantines around the region.  The fear of Ebola has hit African hotels and tourism companies hard – nowhere more so than at the epicentre of the crisis, Sierra Leone.