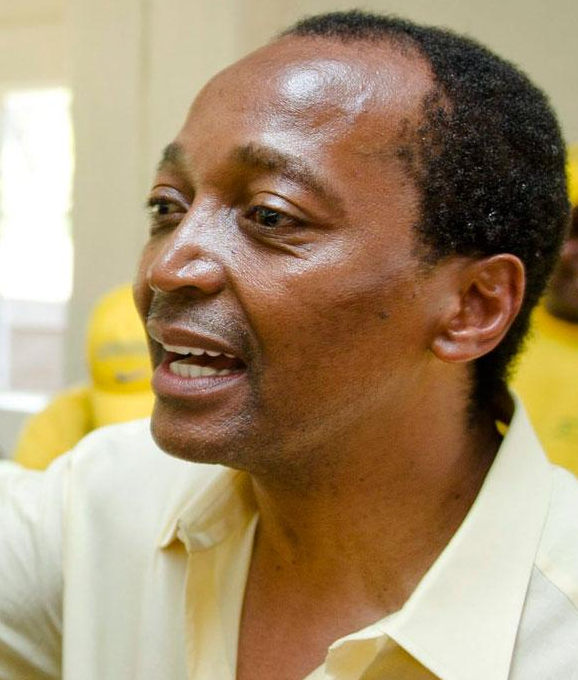 THIS SOUTH AFRICAN BILLIONAIRE PLANS TO GIVE HALF OF HIS MONEY TO CHARITY
Patrice Motsepe is worth $2.7 Billion as of March 2014. He is age 52, and made his monthy from mining.
He resides in Johannesburg, South Africa and is married with 3 children.
Raised in a poor rural area, Patrice Motsepe lays claim to two firsts. He is both South Africa’s first black billionaire and in January 2012, he became the first African to sign Bill Gates and Warren Buffet’s Giving Pledge. His publicly traded mining conglomerate, African Rainbow Minerals (ARM) has interests in platinum, nickel, chrome, iron, manganese, coal, copper and gold. He also holds a stake in Sanlam, a publicly traded financial services company. Motsepe trained as a lawyer and became the first black partner at the Bowman Gilfillan law firm in Johannesburg and then started a contracting business doing mine scut work.

He bought low-producing gold mine shafts in 1994 and turned them profitable. Motsepe benefited from South Africa’s Black Economic Empowerment (BEE) laws, which mandate that companies be at least 26% black-owned in order to get a government mining license.
Here are a few simple facts about Mr. Motsepe and his powerful, successful empire:
1) Mr. Motsepe is the founder and executive chairman of African Rainbow Minerals. The company has stakes in gold, ferrous metals and platinum.
2) Mr. Motsepe has joined The Giving Pledge, committing to give away half of his wealth to charity. Other notables on this list include Warren Buffett and Oprah Winfrey.
3) Patrice learned the basics of running a business from his father, a school teacher who became a businessman. He owned a small shop that was frequented by miners, which made him interested in going into the industry.
4) Patrice has a bachelor of arts degree from The University of Swaziland and a law degree from the University of Witwatersrand.
5) Patrice was the first black partner at the law firm Bowman Gilfillan.
6) He became an entrepreneur after former South African President Nelson Mandela created a program to empower black South Africans into owning their own businesses.
7) He got his start in gold mining by founding a company to clean gold dust from inside the mine shafts. He also bought a few gold mines when the price of gold was at its lowest.
8) Motsepe was named the Best Entrepreneur of South Africa in 2002.
9) He was criticized for being among the wealthy elite to benefit from Nelson Mandela’s push for black ownership in major industries. His sister, Bridgette Radepe, married transport minister Jeffrey Radebe and also runs a successful mining company.
10) He is married to Dr. Precious Makgosi Moloi and they have three sons.
11) His father named him after Patrice Lumumba, the first Prime Minister of the Democratic Republic of the Congo
Financial Juneteenth lessons from this story:
1) Patrice got much of his start after having his father fill him with the spirit of entrepreneurship at an early age. Had this not happened, he probably would have been a successful attorney, but never a billionaire. Parents must remember that the values you give your children early on are going to stay with them for a lifetime.
2) The decision to give away half of his wealth allows Patrice’s legacy to live forever. His family will still be outrageously wealthy, but the impact of his wealth grows a thousand fold with his decision to keep that money from just benefitting three or four people. Maybe one day, celebrities like Jay-Z will understand this as well. When you use your wealth to uplift other people, it makes you powerful beyond your wildest imagination.
Source forbes.com
financialjuneteenth.com