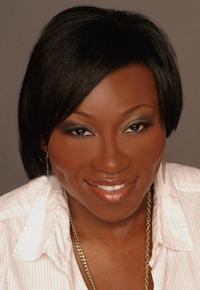 After she was laid off for the third time, Renee Flagler took her professional fate into her own hands. The marketing executive began to view her lack of employment as a gift of time to pursue her dream of becoming a published author. In less than 30 days, Flagler finished her first published novel, Mountain High, Valley Low(Aspicomm Books 2004). “I’d been looking for the opportunity to pursue my dreams of writing my book and actually view that last lay off as just that—opportunity!” says Flagler.

Using her background in corporate marketing, Flagler devised a plan that helped her sell more than 5,000 copies of her first book, which still sells today. Since then, she has penned two more novels,Miss-Guided (Aspicomm 2006) and In Her Mind (Aspicomm 2009), the sequel to her first novel.
In the five years that Flagler has been published, she has earned many accolades as a writer and an entrepreneur. In 2006, she received the Excellence in Business Award from Black Star News for creating the Self-Publishing Symposium, a business conference for self-published authors, independent publishers and writers on the path to self-publishing. In 2008, she received an award for Excellence in Journalism by the New York Association for Black Journalists and was honored at the first annual Unlock Your Dreams conference, hosted by Cheryl “Salt” Wray of the former rap duo Salt and Pepa. “I’ve been a freelance writer for many years, but it wasn’t until I received the award from NYABJ that I considered myself a journalist. It was just an honor to be recognized in this way,” says Flagler. She has also received various honors for each of her novels, and is also one of the Lit Leaders on Off the Page, a radio show about the world of books, hosted by Esther Armah on WBAI 99.5 FM, Pacifica New York.
Flagler’s road to the success she now enjoys was peppered with obstacles. Many doors were closed in her face because she chose to self-publish her novels. “I recall working on publicity for my books and being rejected my many media outlets. I was told, ‘sorry we don’t deal with self-published authors’” says Flagler. She quickly learned that being self-published came with a negative stigma,  even though some of the most renowned writers initially were self-published. She found that she had to constantly prove her ability, craft and professionalism when dealing with mainstream media and book industry professionals.
Flagler endured rejection by book stores, broadcasters, and even fellow authors who were published by mainstream publishing houses, until she gained more prominence as an author. Over time, she has made a name for herself and finds both the media and the industry to be much more accepting of her work. Most of the rejection she encountered helped to fuel her desire to succeed and to be taken more seriously as a writer, she says. “I’m grateful for these road blocks because they have actually helped me to grow. I worked harder because of them,” says Flagler. Eventually, some of the very same people who first rejected her came to consider her an authority in marketing and writing, and have called on her for information and included her in many well-known events.
Flagler admits that even with more prestige and acceptance, she still has obstacles to overcome, though they are different from those she faced when she first entered the book industry. She is passionate about the written word, and that passion is her driving force in the face of challenge.
In addition to being an author, Flagler is a marketing consultant who specializes in teaching small businesses and entrepreneurs how to market their goods and services like large corporations even with a small budget. Whatever else she may do in the future, she will still be writing and her readers can expect at least one book a year for as long a she does so, Flagler says. She is currently working on two new novels. Her latest goal is to return to school to pursue either an master’s degree in fine arts, specializing in creative writing, or a doctorate in English.

Drake Maths: Why he’s the most streamed artist in the world on Spotify