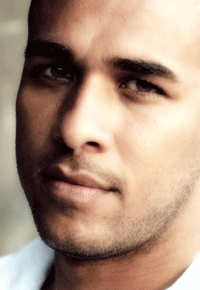 Cape Verde may be a small African nation, but young entrepreneur Saulo Montrond is making big news there. His Green Studio production company is one of the country’s fastest growing firms.
Green Studio produced graphic design, multimedia production and television marketing and advertising consultancy services. Its clients are some of the major corporations in Cape Verde, as well as the government, including TACV airlines, telecommunication company, CVMóvel, Shell, the Stock Exchange of Cape Verde, the National Police and the Government of Cape Verde, among many others.

From a young age, Montrond had entrepreneurial dreams. “My interest in business started very early, even in my teens. My mother was a successful businesswoman, the owner of one of the first bakeries/industrial bakeries in Cape Verde,” recalls Montrond, who worked for his mother´s bakeries. “I started working there very young. I was in charge of deliveries of products in supermarkets and also collection from customers.”
When Montrond came to visit the United States, his goal of becoming a business owner was even more straightened. “It was with my first visit to the USA that sparked an urge to invest in my country and have my own business,” he explains. At 16 years old, he became the editor of a youth newsletter, a role that taught him the ins and outs of the editorial process as well as advertising, graphic design, printing and distribution.
Then on a second visit to the U.S., Montrond purchased computer equipment–computers, printers, VOIP equipment. With this equipment he opened his first business, a cyber café and graphic design firm at age 18. “Starting here was a natural evolution and growth,” says Montrond, who also did some stints as a model. “I took advantage of the experience to position my business toward audiovisual production.” During this period, he also worked as creative director for a local, private television station. “It is clear that all this exposure and experience, enhanced and sharpened my increasing appetite for and fascination with the audiovisual and communication field as a whole.” Thus, GreenStudio was born nine years ago.
Still, says Montrond, 27, it was hard work for his new company to land major contracts. “It was hard work, a lot of sacrifice and dedication. Early on, it was just myself and one or more other resourceful sporadic hires,” he says. “I relentlessly focused on satisfying and retaining customers. I have always concentrated on doing quality work and always meeting deadlines. With these principles we began to gain the trust of the clients.”
But because Cape Verde is a small market, it is also a struggle to get new business—as well as keeping on the cutting edge of technology. “One of the biggest obstacles we face is the cost that this activity entails,” Montrond points out. “It takes large investments in equipment and software to do what we do and the quality in which we work. Investments such that a market of our size can only guarantee return on investment in the medium or long term. To be at the forefront, we have to be constantly making upgrades at all levels, from equipment and technologies, but also and mainly the formation, training and human resources. To overcome this tradeoff, and take advantage of all the investment made, we are currently diversifying our area of operation for the production of events and broadcasts LIVE (live stream).”
Montrond says he is looking to further diversify GreenStudio’s services. “The GreenStudio is a company that currently has as its core business advertising /marketing and audiovisual production,” he notes. “We want to get into the production of television content. We already have the experience of producing three seasons of a program, ´WINNER,´ which was broadcast on the National Television Cape Verde, TCV. In the long term, our projects include the creation of one or more television stations. Soon we will be launching a TV show, sort of a reality show. It will be a similar concept to the phenomenonal ‘Big Brother,’ but obviously with different specifics and well-adapted to our reality and sociocultural context.”
Montrond says he has pushed Green Studio, which has 15 employees, to stand out from its competitors by having a variety of services. “The main difference is that we are operating as a company 360, OSS (One Stop Shop). This means that we can monitor and give support to any company, from design to implementation of a plan and marketing and communication strategies, be they internal or external, in media planning, design and development, advertising and marketing, as well as the actual production–graphic and audiovisual.”

Blacks in Wall Street and Beyond GEORGE VAN AMSON

If The Shoe Fits…Samanta Joseph Builds a Thriving Footwear Company