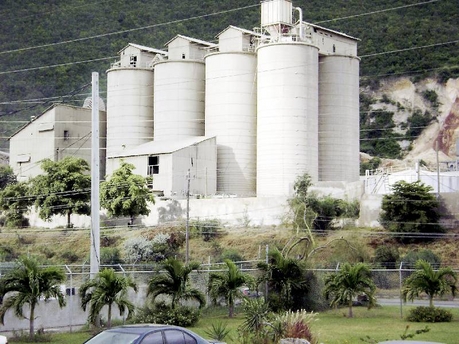 Caribbean Cement Company Limited (CCCL) is challenging a Supreme Court ruling in appellate court that it must pay US$330,000 (about J$32.8 million) with interest to marine operator Freight Management Limited (FML) for breach of contract.

Caribbean Cement, at a time when its truckers were restive, turned to Kingston-based FML to transport cement by sea from the Rockfort plant to Montego Bay, but cancelled the arrangement once the trucking dispute was resolved.

The cement producer did not compensate FML, which had incurred costs to prepare for the haulage job, sparking a legal fight lasting a decade.

Justice Almarie Sinclair-Haynes has now ruled that there was an enforceable agreement in place in favour of the freight company.

The dispute dates back to August 2002, when CCCL issued an invitation for tenders for the transportation of cement by sea. FML was advised verbally that of six tenders it was selected as the preferred supplier.

A contract document was attached to the tender document submitted by FML, which was signed by FML’s representative but not by CCCL.

In October 2003, CCCL informed FML that it no longer intended to pursue haulage by sea because transporting it by road was more feasible because of the devaluation of the Jamaican dollar.

As a result, FML filed a lawsuit against CCCL for breach of contract and or promissory estoppel – a legal doctrine that prevents a person from reneging on a promise. Among other relief, FML claimed US$330,000 as mobilisation costs for shipping vessel M/V Island Trader for 60 days.

The case was eventually tried between September 2012 and January 2013. Managing director of FML, Richard Lake, gave evidence that the freight management company was awarded the tender and discussions ensued between him and CCCL’s representatives.

FML was asked during the course of the discussions if a test run with the vessel could be arranged. However, Lake advised CCCL representatives that the vessel was under charter and would not be available until June or July 2003 to commence the service, court documents show.

He also advised the representatives that in order to make the vessel available to them by the first week of May 2003, he would not renew the contract with its charterers.

According to Lake, CCCL’s then materials manager, Derrick Isaacs, agreed to that arrangement and requested that the vessel be mobilised. At that time, he said, the vessel was being operated at a market rate of US$5,500 per day.

Isaacs told Lake that CCCL wished to limit the effects of the fluctuations in the US dollar on the price quoted, according to Lake’s testimony. The matter was discussed on the premise of an awarded contract with a price that was tied to the exchange rate and oil prices.

Consequently, in January 2003 FML adjusted its price as requested.

Lake said Isaacs later wrote to inform him that CCCL “was not in a state of readiness” to commence the shipment in May 2003 and requested that they delay the arrival of the vessel.

The M/V Island Trader eventually arrived at the CCCL’s wharf on July 7, 2003, ready to embark on the contract. However, Lake said Isaacs informed FML that there was further delay on the part of CCCL for various reasons.

During the period, while FML awaited CCCL’s readiness, Lake said that with the consent of the cement company the vessel embarked on two charter voyages to the Dominican Republic and Honduras and that each trip lasted eight days.

On October 3, 2003, Anthony Haynes, the general manager of Caribbean Cement, advised Lake that CCCL no longer intended to transport its cement by sea. Isaacs further advised that the contract was being terminated because CCCL had made progress in resolving its dispute with its truckers.

It was Caribbean Cement’s contention that it had not concluded a contract with FML. It is the cement producer’s practice to convey selection of a preferred bidder in writing to the successful party, at which time the bidder is advised that they would be contacted later to enter a formal written contract.

However, FML was not so advised because CCCL was concerned about the pricing, which was tied to the US dollar exchange rate, court documents show.

CCCL also denied that it instructed FML to mobilise its vessel and equipment. It contended that the vessel was not in a condition to commence haulage of cement because it lacked the required trucks and was in need of repairs.

CCCL said FML was allowed to moor Island Trader at the cement company’s pier to conduct the repairs, a courtesy the company also extends regularly to other vessels.

Justice Haynes said the central issue that she had to determine was whether there was a concluded contract.

She found that FML had submitted a conforming tender which was approved.

“Surely CCCL could not expect to put the claimant (FML) to the trouble and expense of preparing its tender and then change its mind about the venture without compensating the ‘preferred’ ‘accepted’ conforming tenderer,” the judge wrote.

“It would be unreasonable not to proceed with transportation by sea without compensating it. In fact, this court finds on the evidence that the parties have superseded that position and accepts that there was an agreement that the vessel would arrive at its port to commence service.”

Sinclair-Haynes granted a 62-day stay of execution of her ruling, and CCCL has since filed several grounds of appeal. The cement company is contending that Sinclair-Haynes erred in fact and in law in finding, by implication, that promissory estoppel constituted a cause of action; and erred in her ruling that contracts existed between the parties.

20 Facts on Electricity in Africa