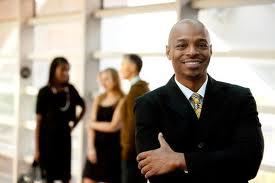 He was speaking at the launch of the revised Broad-Based Black Economic Empowerment Codes of Good Practice in Midrand.

“Black economic empowerment is not just a social and political imperative. We need to make sure that in the country’s economy‚ control‚ ownership and leadership are reflective of the demographics of the society in the same way the political space does.

“That’s why we are saying BEE remains an economic imperative. We cannot expect to grow and develop as a country if the leadership of the economy is still in the hands of only a small minority of the society‚” Davies said.

He added that the talent pool that was available in the country would not be drawn in its totality if the majority of the country’s population was still excluded from the control of the economy.

“We will only be able to realise the number of benefits of the demographic and democratic changes when all our people have the opportunities which they ought to be having in terms of the values of our Constitution. So BEE is also an economic imperative‚” added Davies.

Davies said the revised Codes sought to amend the secondary legislation arising from the Broad-Based Black Economic Empowerment Act to make sure that people were truly and broadly empowered in South Africa‚ and genuine broad-based black economic empowerment took place.

“The amendment of the BEE Act and the revision of the Codes‚ he said‚ would go a long way in plugging the gaps that businesses have taken advantage of such as fronting‚ ‘tick-box’ compliance‚ and the exorbitant amounts of money that small enterprises had to pay to consultants to prove they were BEE compliant.

“The current generic scorecard contains seven elements and these have been reduced to five in order to align the elements more closely with the trajectory of the economic growth and development in the country‚ with a total of 105 points assigned to the five elements.

“All companies‚ except the exempted micro enterprises (EMSs) should comply with all the elements of the scorecard. There is also some adjustment to the points allocated and the qualification criteria.

“There is also an enhanced recognition of the status of black-owned micro enterprises‚” said Davies.

He said one of the new things being proposed in the revised Codes was the introduction of minimum requirements for priority elements. These were ownership‚ skills development and enterprise and supplier development.

Qualifying small enterprises were required to comply with two of the elements‚ although ownership was compulsory‚ while large entities would have to comply with all of the requirements.

Davies said the launch of the Codes signalled the opening of a sixty-day period in which business and all other members of the public could submit their comments on the Codes for consideration before the amendments were finalised.

The CEO of the Black Business Council‚ Xolani Qhubeka said the Codes of Good Practice should be the minimum standard for all sectors in the country’s economy‚ adding that the revised Codes were a step in the right direction although there was still a lot that needed to be done.