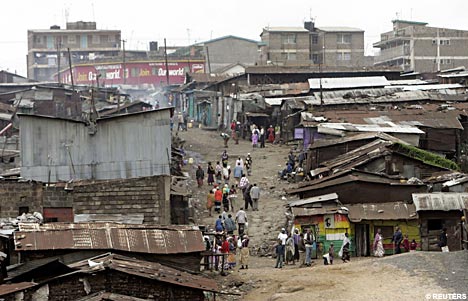 Sick of their living conditions, Nairobi’s poorest are suing their plutocrat landlords for the right to their land

When bulldozers came to demolish Yophinalis Nyakundi’s home five years ago, there was nothing he could do to stop them. The assault on his part of Nairobi’s vast Mukuru slum, known to residents as “Gateway”, started at around midnight and the wrecking machines were backed by armed police. The hundreds of families living in the tin shacks were given no time to retrieve anything. Furious residents were waved away with a court order obtained a fortnight before but never shown to the people whose lives it would ruin.

Top Designer Stella McCartney debuts her African Prints line – and gets Accused Of...